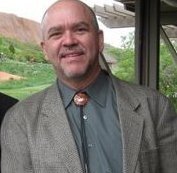 Occupants in one part of the buildings complain that they are too cold. In another part of the building they are too hot. You, the building engineer get blamed for it all. You know there's a problem, a symptom, but you don't have a clue as to its cause. Maybe you alter set-points or equipment schedules to compensate. Yet you don't have time, staff or budget to thoroughly investigate the situation or hire an outside consultant. The result is to fix the problem for as little time and money as possible and get on with putting out another fire. In the meantime your building is wasting energy and you might never know about it.

Does this sound familiar? I have seen problems like this over and over in all kinds of buildings. In my experience, a building can easily reduce its energy consumption 10 percent or more by looking for common problems such as uncontrolled outside air, failed sensors, equipment running more than needed and simultaneous heating and cooling. That's why we developed this simple Building Symptom Diagnosis Tool.

"In my experience, a building can easily reduce its energy consumption 10 percent or more by looking for common problems such as uncontrolled outside air, failed sensors, equipment running more than needed an simultaneous heating and cooling."

We aimed to build a "cookbook" for building engineers, as well as design engineers and service contractors, to quickly pinpoint the cause of problems in their facility. The tool currently lists 65 symptoms which can be signs of energy waste. Each symptom has a table of possible underlying causes. Many have been expanded with a guide on how to investigate by physical inspection and the use of Direct Digital Control (DDC) system trend logging capabilities.

This tool doesn't cover all potential problems in all buildings as each building is unique in its construction and HVAC system design and operation. The intent of the tool is to cover the majority of conditions, plus have a feedback mechanism where users can report specific conditions in their facilities that differ from the website content. We will update the tool as more information comes in. 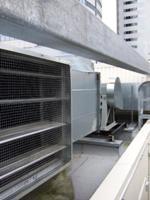 Here are some examples of how I've used the tool to help building engineers discover the root causes of building symptoms and achieve energy savings. I discovered these problems during the course of conducting EPA ENERGY STAR certifications, or building audits for specific symptoms. These examples all involve symptoms related to problems with the building envelope. All too often envelope issues only manifest themselves through complaints about the HVAC system, especially during cold weather. The building engineer typically gets the brunt of the blame from the occupants, with the design engineer as a close second. This is especially true in buildings where the potential for thermal stack effect is present. 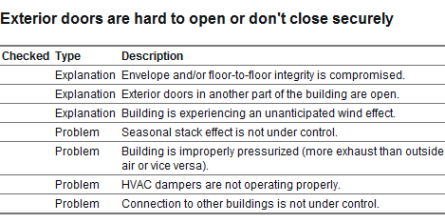 This facility has a large lobby with both revolving and standard doors. The standard doors open outward and were very hard to pull, exceeding the minimum pressure required by ADA standards. Occupants could feel cold air over 50 feet away from the doors inside the lobby and building engineers were constantly adjusting the closures to try to maintain uniform operation. During the winter it was necessary to install electric radiant heaters in the lobby for building personnel, who wore overcoats and gloves due to the drafts.

Figure 1 shows the table of possible causes for the symptom. You can find it at BetterBricks.com/operations, then follow these links: > Tools and Technical Advice > Symptom Diagnosis Tool > Air Distribution: Exterior doors are hard to open or don't close securely. The table can be printed out and used as a checklist.

The table first list "explanations" which are conditions that may cause the symptom but are either out of the control of the building engineer or would require a capital project to fix. Next lists the most likely "problems" which can be solved with low-cost repairs or operational adjustments. 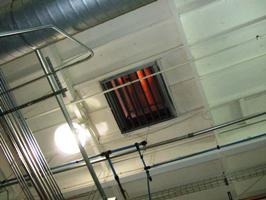 This building is one of a 3-building complex, all similar in size and design. The facility was benchmarked using EPA's ENERGY STAR Portfolio Manager and was found to be consistently 10 points lower than the other two buildings. A walkthrough revealed that the rooftop HVAC unit relief air fans cycled ON every few minutes. The lobby and retail stores were under negative pressure and large amounts of cold outside air would enter the building every time a door was opened. We found that the wind was not a factor.

The facility has large amounts of outside air and exhaust ducting passing through it to an adjacent structure, suggesting a problem with an uncontrolled connection. Wall construction and shaft conditions were investigated to determine if these intake ducts were pulling air from the building instead of outside as designed, however the physical inspection showed no leakage. I was completely puzzled until I received a call from the building engineer disclosing that a series of exterior louvers for tenant use were not properly sealed as he had originally thought. They were difficult to physically inspect, and he had taken the original contractor's word that they were sealed during tenant fit-out. Once sealed, energy performance improved. 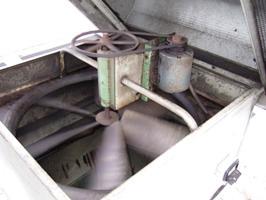 As you can see, with simple observations and some guidance from the Building Symptom Diagnosis Tool, a technically savvy facility professional can find and correct problems that waste energy, with the added benefit of better comfort for the occupants. Building engineers can easily reduce energy consumption in their facilities by 10% or more by looking for common problems such as uncontrolled outside air, failed sensors, equipment running more than needed and simultaneous heating and cooling.

For additional information, check out Common Opportunities: The Top Four. This article contains links to the Symptom Diagnosis Tool to help you get started.

Finding the cause of a symptom of poor energy performance will involve inspecting your building and collecting and analyzing trend logs from your (DDC) system. For general guidance in getting ready for these two activities, see:

Now you are ready to tackle specific symptoms and find the underlying cause. This Symptom-Diagnosis Tool helps you identify and better understand what causes a large number of important symptoms.

To use the Symptom-Diagnosis Tool:

BOC certification is a professional credential in energy efficiency that employers recognize and reward.

While nearly all benchmarking tools perform basic functions such as comparing energy use between buildings, some tools offer additional features that distinguish them from others.

Resources to help building owners and managers in Portland, Oregon to take control of their building's energy score and become leaders in commercial real estate

Kalispell Regional Medical Center (KRMC), in Kalispell, Montana, is a community hospital and a regional referral center offering the most advanced health services and medical technology in the area.

McKinstry has transformed itself into an industry-leading energy and facility services company. Not only is the company ahead of a sweeping market wave, it is changing the way people think about buildings and what buildings can do.