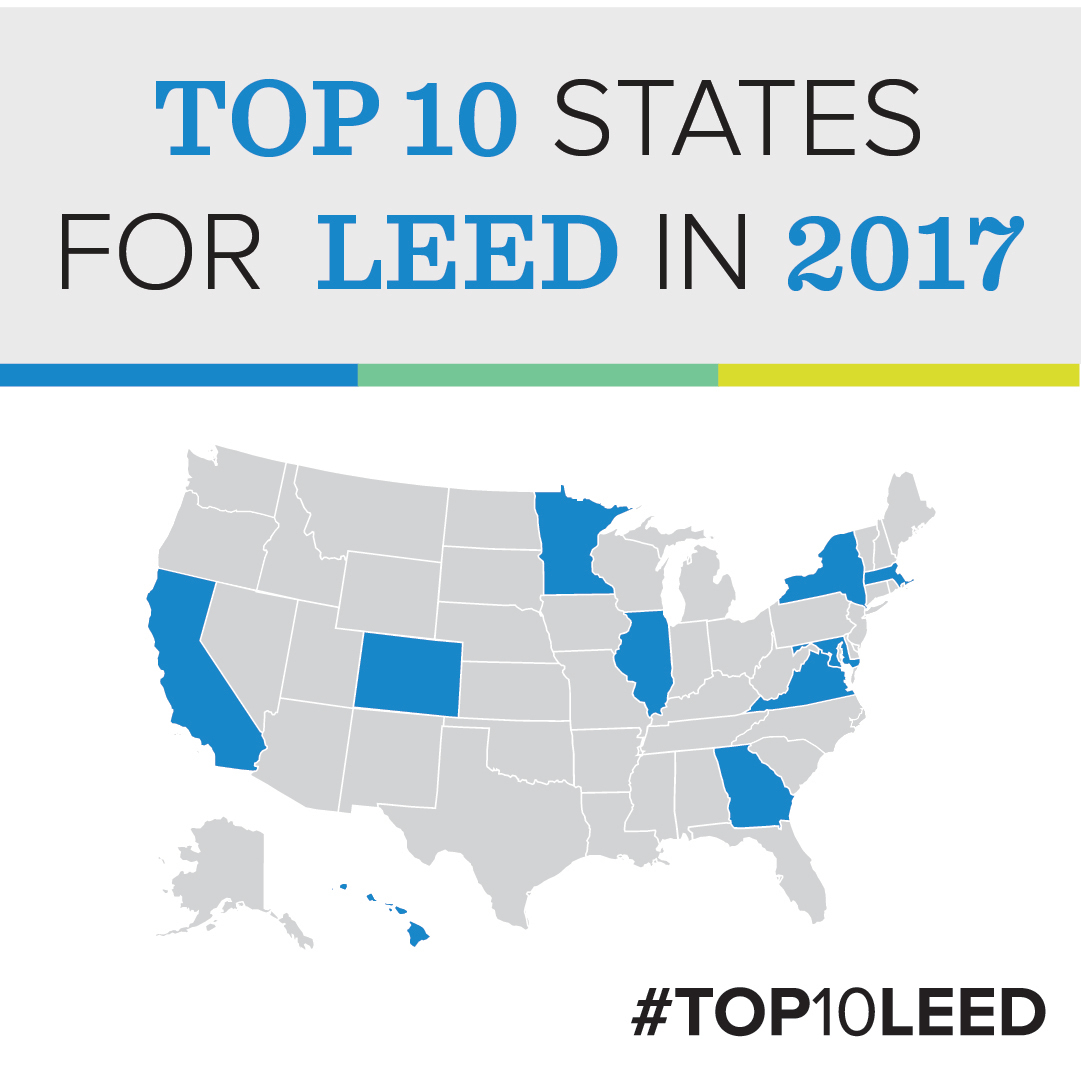 The U.S. Green Building Council (USGBC) released the annual list of the Top 10 States for LEED (Leadership in Energy and Environmental Design), the world’s most widely used green building rating system. The list ranks states in terms of certified square feet per resident in 2017. The list draws attention to states throughout America that are making significant strides in sustainable design, construction and transformation at the building level and opens up conversations around community and city-level accomplishments in sustainable development. LEED-certified spaces use less energy and water, save money for families, businesses and taxpayers, reduce carbon emissions and create a healthier environment for occupants and the community at large.

“As the U.S. Green Building Council celebrates 25 years of market leadership and growth, we know how important green building practices and certifications are to ensuring a more sustainable future for all,” said Mahesh Ramanujam, president and CEO, USGBC. “These states showcase exceptional leadership and by using LEED, businesses, property owners and policy makers in these states are strategically addressing some of the most critical social and environmental concerns of our time. LEED is a proven economic development tool and method of meeting carbon reduction targets, reducing waste, energy and water consumption, and more. By measuring success on a per capita level each year, this list reflects the personal and individual impact of these states’ efforts. We commend the community leaders, businesses and government bodies in all ten of these states for their ongoing efforts and dedication to a better quality of life for everyone.”

Now in its eighth year, the list is based on 2010 U.S. Census data and includes commercial and institutional green building projects that were certified throughout 2017. Massachusetts retained its top position for the second year in a row with 130 LEED certifications representing 4.48 square feet of LEED-certified space per resident, the highest since 2010.

The mid-Atlantic continues to show strong regional leadership, with both Maryland and Virginia returning to the list for the seventh year running. Also notable, Washington, D.C., which is not included in the official list of top states due to its status as a federal territory, tops the nation with 39.83 square feet of space per resident certified in 2017.

With Georgia, Hawaii and Minnesota all returning to the list for the first time since 2014, it is clear that market uptake for LEED is strong nationwide and not limited to any particular region or corridor. Illinois and Colorado are the only states to have made the list every year since the inception of the ranking in 2010. This year, Illinois comes in third with 3.38 square feet per capita and Colorado places 10th with 2.27 square feet per capita. The 2017 list has the highest average square footage per resident per state since 2010 (2.9). The full ranking is as follows: 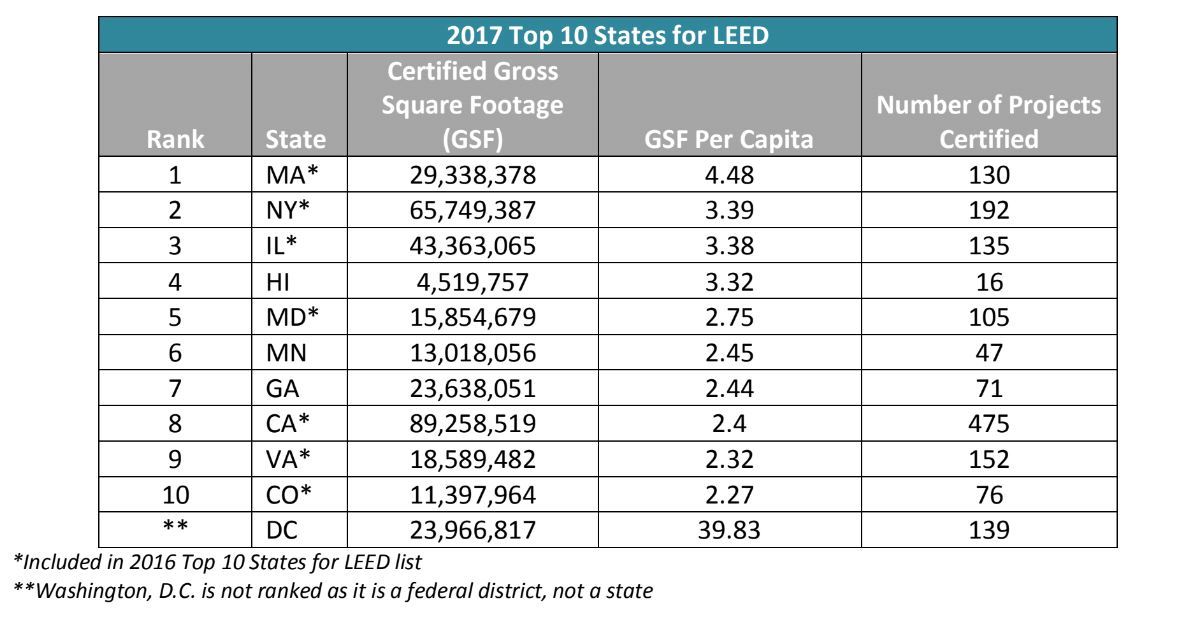