Bodybuilding.com Headquarters Gets a Workout 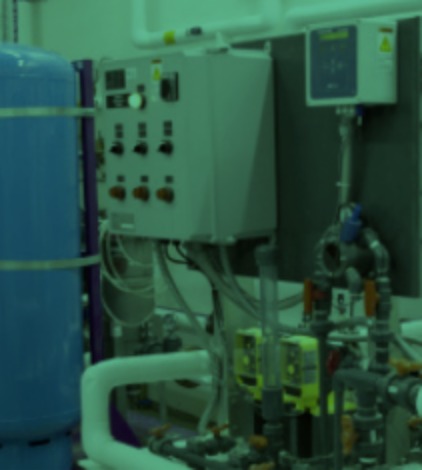 Walk into the 99,000-square-foot headquarters of Bodybuilding.com in Northwest Boise, Idaho and you’ll spot a saying on the wall: “We commit to changing lives and becoming our best selves.” But tour the facility in detail, including its expansive, state of the art on-site gyms, full locker room and showers, four break rooms and cafeteria that are all 24-hour-accessible, and you’ll notice something else. This commitment to transformative, ongoing improvement isn’t just about lifting weights – it fully applies to the organization’s approach to building management, too.

Facility Manager Jim Hall, with strong support from his supervisor, attended Building Operator Certification (BOC) Level I training in 2015. Since then he’s played a key role in numerous upgrades around the structure. As Jim will tell you, there were plenty of opportunities for improvement.

“I was the assistant superintendent/project foreman on our building when we renovated it,” he notes. “So I knew a lot of the things coming into this building that were going to need to be updated.” Things like the building’s old noncondensing boiler system downstairs and the two 50-ton, 30-year-old air handlers on the roof were ripe for revisiting, but Jim and his team have made great strides.

“Probably the biggest thing we’ve done is we’ve completed the ENERGY STAR ® certification for our building,” he reports. Jim fully credits BOC training with opening his eyes to that goal, and how to attain it. “I didn’t know anything about ENERGY STAR ® until I took BOC classes,” he says..

Despite being new to the effort, Jim drafted a plan, closely studied the 43-page ENERGY STAR® Guidelines for Energy Management, and incorporated what he learned in BOC training. Bodybuilding.com earned ENERGY STAR ® certification in 2016, with a score of 77. (A minimum of 75 is required for certification.) 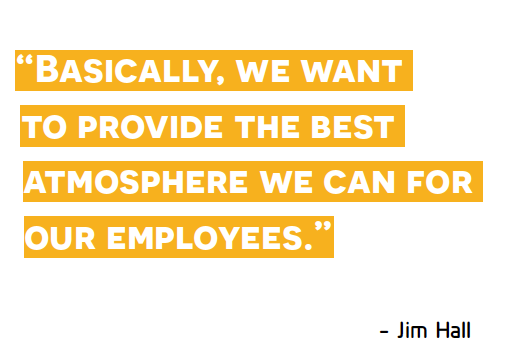 Looking back, Jim notes that one of the first ways he applied his BOC training was by carrying out an exhaustive analysis of the system. “A lot of times you find redundancies,” Jim explains. “Dylan and I with Idaho Power, our utility team here, we spend a lot of time trying not to do things twice.”

This is a real risk, Jim says, when circumstances align “where your economizers aren’t working properly with the building and boiler functions – you have simultaneous heating and cooling.” This becomes not only redundant but expensive, Jim observes, “because you’re spending more money to do the same thing.”

By taking a closer look at what his Variable Air Volume system was really up to year-round, Jim was able to eliminate a lot of redundant heating and cooling. The resulting energy savings complemented his other updates nicely. “As of October 12th, we are $3600 under energy costs compared to where we were last year,” he notes. “And we’re down 5% in metric tons of CO2 emissions from this building.” Today Jim’s at work on his next project, which is LED lighting upgrades throughout the building.

For all this success, and that yet to come, Jim credits the hard work of his team, the vision and commitment of his organization, and the education he got from BOC. “What we brought back in knowledge from that was really invaluable,” he summarizes. And now the employees at Bodybuilding.com can continue working on becoming their best selves, and helping customers do the same, in a facility that is optimized too.

Building Operator Certification (BOC) is a nationally recognized, competency-based training program for building operators. The program teaches participants how to make a building more comfortable and efficient by making its systems work better together.

The fourth grade classrooms are too warm. A motor is broken. The vice principal's office is stuffy. A louver is stuck. What happens when problems like this crop up in most school districts?

Energy efficiency is increasingly important to industry decision-makers who recognize the impact it has on the bottom line and the opportunity for economic relief it holds in the midst of an unstable market.

Jerry Vanderwerf, chief engineer for the Congress Center office building, is never satisfied with the status quo. He implements energy performance benchmarking tools to monitor how the building operates in real time.

Saving energy is an important part of Bonneville Power Administration’s role in delivering power to Northwest communities. BPA promotes energy-efficiency programs and strategies to businesses and residences throughout the Northwest. The agency also understands the importance of identifying opportunities to address its own energy use.