On November 7, the jury awarded the AIA Seattle’s inaugural Energy in Design Award to the Bullitt Center, the largest Net Zero energy building in the United States.  Designed by Miller Hull with engineering by PAE to be a Living Building with Net Zero Energy, Water, Waste and even Beauty. The building was completed in 2013 and a year after achieving full occupancy, the data shows it is operating as a net positive building. 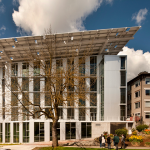 The jurors, both from New York firms, were incredibly impressed with the performance of the building and the breadth of environmental impacts and consumption this project considers, stating that the Bullitt Center is “a beacon for its immediate, dense urban community, as well as for the design community at large, as to how you not just look at metrics of a building’s performance, but also how people fundamentally interact with a building in a more sustainable way.”

The building was designed to an energy target EUI of 16 kWh/sf/yr and is performing closer to an EUI of 10. This very small load is met by rooftop solar. The features of this building are well known by now but more information can be found at the Bullitt Foundation website http://www.bullittcenter.org/ , and in a recent retrospective article titled “Benchmarking the Benchmark” in ARCHITECT magazine that discusses performance of the building after a few years of operation. http://bullittcenter.architectmagazine.com/ 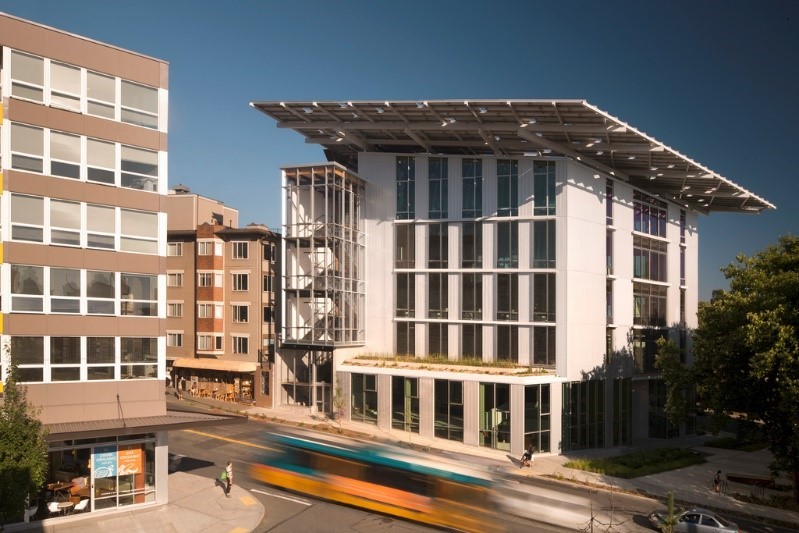 The Energy in Design Award aims to recognize projects that have made “quantifiably significant strides in energy reduction while also maintaining the highest qualitative design caliber”. BetterBricks sponsored the creation of the award and supported the Integrated Design Lab at the University of Washington to provide technical analysis of all submittals. Of the 140 Honor Award submittals, 101 submitted for the Energy in Design award and 23 projects (23%) in that group met their respective 2030 Challenge targets, compared to 6% of reported projects nationally. They all provided energy performance and carbon reduction calculations that were verified by the Lab. The average reduction over the 2030 Challenge baseline (CBECS 2004) of all 101 projects was 46%.  While the reduction from the 23 meeting the Challenge targets was 82%, with 15% of those projects using on-site renewable energy.

More information about the 2016 Honor Awards and other winning projects can be found here: https://www.aiaseattle.org/2016-honor-awards-winners/ 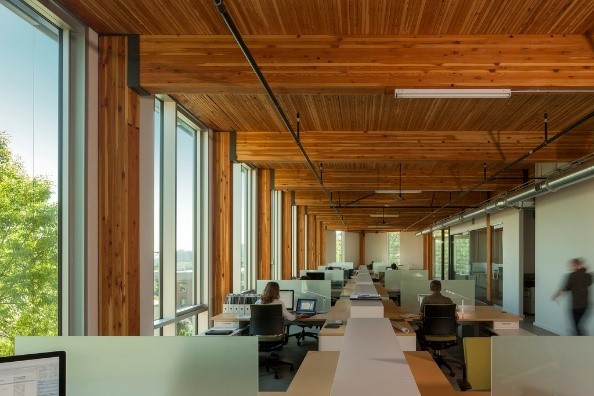